from What's Natural  column, published in the Pacifica Tribune October 23, 2019

Throughout recorded history doomsday cults attract thousands of gullible people. Charismatic cult leaders of the Order of the Solar Temple or Heaven’s Gate convinced their followers to commit suicide due to a coming “environmental apocalypse”. To prevent environmental collapse, a recent mass shooter justified his killings as reducing over-population, while a Swedish scientist has suggested cannibalism. Thus, it’s worrisome that charismatic congresswoman Ocasio-Cortez similarly warns our world is doomed in 12 years. Equally disturbing is the carefully orchestrated fear-mongering, such that the United Nations gave ill-informed, 16-year old Greta Thunberg center stage to rage that CO2 is causing ecosystem collapse. Terrifying children with ‘the sky is falling’ fears will only bring about dire, unintended consequences.

Who is filling our children’s heads with stories of ecosystem collapse? 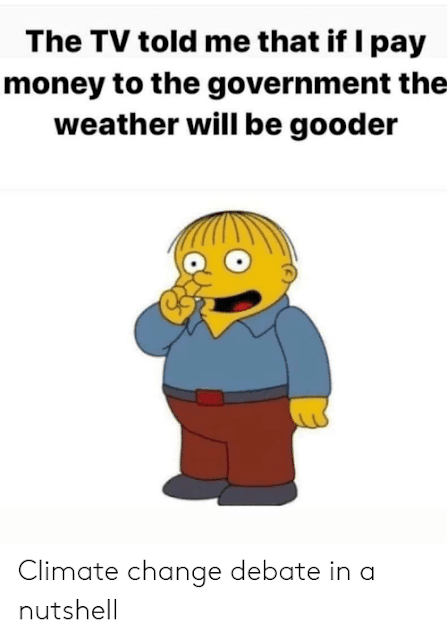 For one Al Gore wrote in 2012, “The fate of the Adelie Penguins, A message from Al Gore”: “As temperatures rise along the West Antarctic Peninsula and the winter sea ice blankets the ocean three months fewer per year than 30 years ago, the local ecosystem is in danger. Everything from the base of the food chain – the phytoplankton (microscopic plants and bacteria) and krill (shrimp like creatures), to one of the continent’s most iconic inhabitants, the Adelie penguins, are under threat…There is an important lesson for us in the story of the Adelie penguins.”

Adelie penguins may be the best studied bird on earth. In 2009, the International Union for the Conservation of Nature (IUCN) estimated between 4 and 5 million adults, happily listing them as a species of “Least Concern”. However, using dubious IPCC climate models, scientists led by ornithologist David Ainley predicted the most northerly Adelie colonies would soon disappear as ice-melting warmth crept southward. They predicted between the years 2025 and 2052, 70% of the total Adelie population would be lost. Bullied by that virtual death count, the IUCN downgraded Adelies from “Least Concern” to “Near Threatened”.

In real life, by 2016 Adelie abundance had nearly doubled to 7.6 million, and once again Adelies are a species of Least Concern. So how were scientists so misled?

Ice Age glaciers had forced Adelies to abandon most of Antarctica’s coast. With warming, glaciers retreated and Adelies rapidly returned to breed and multiply.  However, there was one exception. For over 5400 years Adelies avoided ice free coastlines along Antarctica’s northwestern peninsula. Scientists dubbed this the “northern enigma”. Due to the region’s unfavorable weather, breeding Adelies still avoid much of that region, currently labeled the “Adelie Gap”. As might be expected, breeding colonies adjacent to the “Adelie Gap” are the least stable with some colonies experiencing population declines, and those declining colonies were enough to confirm some scientists’ climate fears.

In the 1990s, the northwestern sector of the Antarctic peninsula coincidently experienced rising temperatures and declining sea ice. Although Antarctica sea ice was not decreasing elsewhere, researchers believed the melting ice and warmer temperatures were just what CO2-driven climate models predicted. But then the peninsula’s winds shifted. The peninsula’s sea ice has now been growing and temperatures have been cooling for over a decade. Furthermore in contrast to Ainley’s models, colonies at the most northerly limits of the Adelies’ range are not disappearing. Those colonies are thriving and increasing such as the Sandwich Island colonies, and northerly colonies on the Antarctic peninsula’s east side.

Media headlines are guided by the maxim ‘if it bleeds it leads.’ Likewise, scientific journals. Good news about thriving colonies, or no change, fail to capture headlines. But the addiction to eye-catching catastrophes misleads the public and scientists alike. Despite no warming trend at an Emperor penguin colony, David Ainley was so inebriated by global warming fears, he fabricated a warming temperature graph to falsely explain the colony’s decline! Similarly, extreme researchers of polar bear populations wrongly argued, “we're projecting that, by the middle of this century, two-thirds of the polar bears will be gone from their current populations”.  Again, in reality polar bear abundance has increased.

By perpetuating bogus claims of a world ending in 12 years, the Chicken Littles are doing far more harm than blinding children to scientific evidence that many species, from polar bears to Adelie penguins, are thriving. Our children miss the “important lesson” that a “climate crisis” is only a theory supported by scary narratives, not facts. So how do we protect our children from Chicken Littles who seek to enroll vulnerable minds into their doomsday cults? How do we motivate our children to be good critical thinkers, and not blind group thinkers mesmerized by fear and ‘end of the earth’ scenarios?

We tell children fairy tales to alert them to the real dangers, such as Crying Wolf. In the original Chicken Little tale,  Foxy Loxy offered Chicken Little and friends the shelter of his den so they would be safe from the falling sky. Once inside Foxy's den, they were never heard from again!