Last week the Guardian proclaimed Butterfly Numbers Plummeting in US West as Climate Crisis Takes Toll. Numerous media outlets flooded the internet with similar versions in response to the research article Fewer Butterflies Seen by Community Scientists Across the Warming and Drying Landscapes of The American West  by lead author Dr. Matt Forister.  Researchers found warmer summer temperatures had a positive effect statistically, while warmer autumn temperatures had a negative association. Sadly, in an age where chicken little catastrophes sell, only the negative fall temperature statistic got hyped.

Worse, the public was misled to assume “all” western butterflies were declining. For example, a  University of Arizona press release (home of Forister’s co-author) stated, “Western butterfly populations are declining at an estimated rate of 1.6% per year,….The report looks at more than 450 butterfly species.” Although their database “encompassed more than 450 species”, their analyses addressed just 289 species. Only 182 exhibited declining populations. Another 107 species were stable or increasing, and 161 lacked sufficient data for analysis.

Comparing trends in the NABA & Shapiro datasets, only 104 species exhibited declines in both. In other words, only 23% of the ballyhooed 450 species showed a possible widespread decline. Despite that reality, National Geographic still trumpeted 450 Butterfly Species Rapidly Declining Due to Warmer Autumns in The Western U.S.  Forister had encouraged a climate change caused decline hypothesizing, “fall warming likely induces physiological stress on active and diapausing stages, reduces host plant vigor, or extends activity periods for natural enemies.” But most species are no longer flying or laying eggs or feeding during the autumn. Most feed on springtime and early summer vegetation which is already dead or dormant by autumn. By autumn, most have sought relative safety from approaching winter to await the next flush of vegetation. 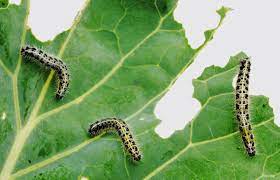 Furthermore Forister did not remove well-known declining trends caused by insecticides and land use change. In a 2010 paper he found, “most severe reductions at the lowest elevations, where habitat destruction is greatest.” In a 2014 paper Forister concluded,  “Patterns of land use contributed to declines in species richness, but the net effect of a changing climate on butterfly richness was more difficult to discern.” In his 2016 paper he modelled negative effects of neonicotinoid insecticides.

The media typically implied a climate connection to the 99% decline of Monarch butterflies, listed as Forister’s 37th most declining species. Yet the Monarch’s big killers are also land use change and herbicides, not climate change. In the 1970s, scientists discovered virtually all monarchs breeding east of the Rocky Mountains migrate to overwinter in extremely small patches of high mountain forests in central Mexico. However logging was opening the forest canopy and removing its insulating effects. In January 2002, a storm brought cold rains followed by clear skies. Without an insulating forest canopy, temperatures plummeted to 23°F (- 4°C). Millions of damp butterflies froze in place. Many millions more fell creating an eerie carpet of dead and dying butterflies several inches deep. 500 million butterflies died that winter, wiping out 80% of the entire eastern population. Similar cold events happened in 2004, 2010 and 2016. Population declines for monarchs wintering in California have paralleled the Mexican declines. 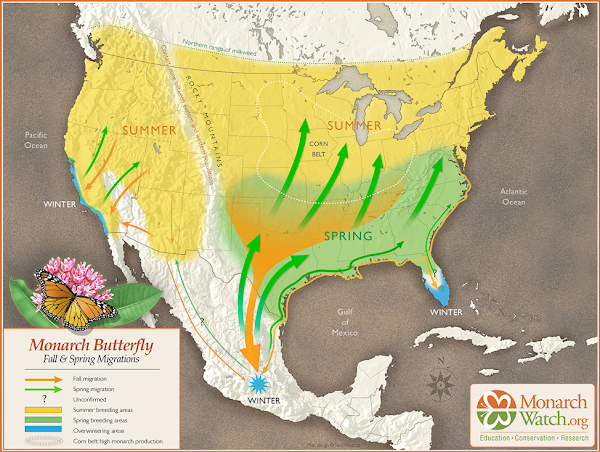 Additionally increased herbicide use severely reduced the monarch’s food plants, milkweeds. Because milkweed competed with crops, reducing harvests of wheat and sorghum by 20%, most states had declared milkweed a noxious weed. Due to the 1970s discovery of the herbicide glyphosate (i.e. Roundup) and the 1990s development of genetically modified herbicide-resistant soybean and corn crops, milkweeds dramatically declined, hindering monarch summertime recovery. To truly benefit butterflies, farmers and the public are planting butterfly friendly gardens, while climate warming provides great benefits.

Posted by Jim Steele at 9:02 AM No comments: