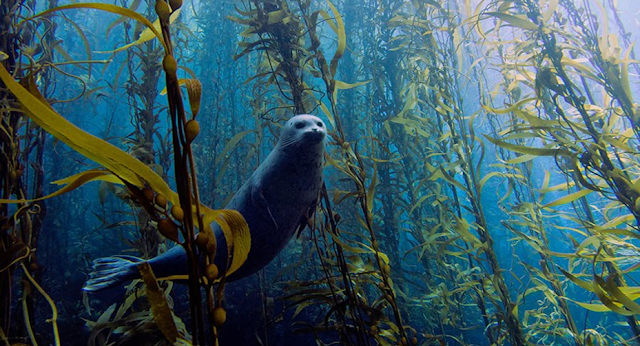 Over the past few years the media, such as the NY Times, have hyped a coming apocalypse and an existential crisis as ecosystems collapse. Inside Climate News, one of the more egregious fear mongers suggests “Global Warming Could Collapse Whole Ecosystems, Maybe Within 10 Years”. In contrast, most scientists agree ecosystems are very complex and still not well understood. By understanding each ecosystem’s unique pressures from humans, other organisms and natural climate change, perhaps we can make ecosystems more resilient and prevent the alleged "crises".

The International Union for the Conservation of Nature (IUCN), the foremost scientific organization evaluating threats to species and ecosystems, has created the “Red List of Ecosystems” that provides assessments that characterize threats to individual ecosystems.  To date, only one ecosystem has collapsed, central Asia’s Aral Sea. It’s the world’s fourth largest inland water body. Landlocked, its fate is determined by the balance between inflowing water and evaporation. But 2000 years of irrigation has disrupted that balance. Between 1950 and 2007, irrigation nearly quadrupled causing the Aral Sea to largely dry up, eliminating most of its species. The Aral Sea has been sacrificed in order to feed a growing population. However most other ecosystems have a more optimistic future.

The first IUCN Endangered ecosystem I’ll examine in a series of articles is Alaska’s giant kelp forests. The fate of kelp forests is largely determined by the interactions between urchins, otters, humans and killer whales.  Hungry kelp-eating urchins can quickly convert a kelp forest into an urchin barren stripped of kelp. However, urchins are regulated by their primary predator, sea otters. Before Alaska’s fur trade began in the mid 1700s, otter populations and kelp forests flourished. One hundred and fifty years later overhunting exterminated or reduced all otter populations, urchins proliferated and kelp forests declined. Alarmed, a 1911 international treaty forbade hunting otters. To further their recovery, otters were re-introduced to islands where they had been eliminated. With improved human stewardship, otters rebounded to their pre-hunting abundance by 1980. With fewer urchins, kelp forests flourished again. But then killer whales began overhunting otters.

FIg 1.  Extent of Alaska's kelp forests: From the Aleutian Islands in the west to southeastern Alaska.

Mostly due to killer whale predation, otter populations declined by 50% to 80% and kelp forests declined by 50% between 1980 and 2000  Those declines prompted the designation of kelp forests as Endangered and possibly Critically Endangered. However more recent surveys evoke hope. Along the coast of Alaska from the peninsula south, otter populations have been steadily increasing at a rate of 12-14% a year and there kelp forests dominate. However depleted otter populations throughout Alaska’s Aleutian Islands still remain at 50% of their 1980 abundance. There, with fewer otters sea urchin barrens became more common. 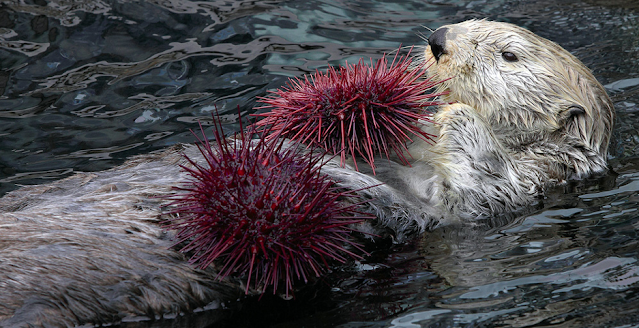 Although these biological interactions control ecosystem shifts between kelp forests and urchin barrens, climate factors play a role, and in a most positive way. Otters are limited by ice. In places like Glacier Bay where ice has retreated, otter habitat is expanding. Likewise, kelp benefit from less sun-blocking ice while greater concentrations of carbon dioxide enhance photosynthesis and promote more growth. Life is good.