Scientific evidence reveals there has been no climate effect regards California’s wildfires! None! The data below proves it beyond all doubt. There is no denying that warmer temperatures can cause drier fuels and promote larger fires. But that fact is being misapplied to all wildfires. About 70% of California’s 2020 burnt areas have been in grasslands and dead grass is so dry by the end of California’s annual summer drought that dead grasses are totally insensitive to any added warmth from climate change. Dead grasses only require a few hours of warm dry conditions to become highly flammable. It’s fire weather not climate change that is critical. Furthermore, the century trends in local temperatures where California’s biggest fires have occurred reveal no connection to climate change. In most cases the local maximum temperatures have been cooler now than during the 1930s. Those cooler temperatures should reduce the fire danger. Newsom is either ignoring or distorting the scientific evidence, is totally stupid, or is a dishonest demagogue.

Here are some relevant facts (from the Western Regional Climate Center).  Trust the scientific evidence 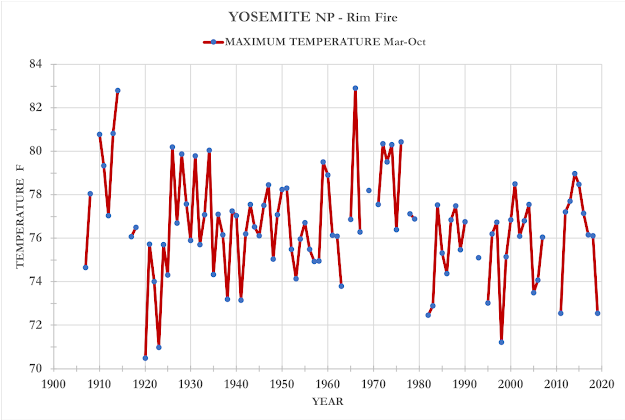 2) The November 2018 Camp Fire was California’s deadliest fire destroying the town of Paradise. It was also its 16th largest fire. 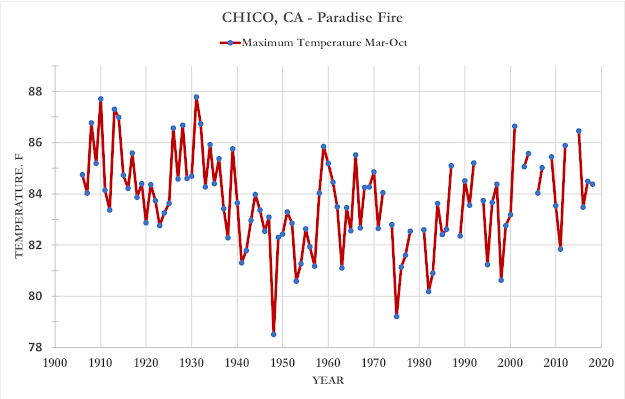 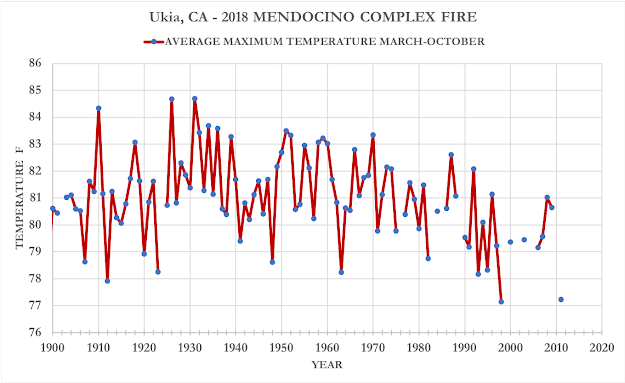 4) In the October 2017 wine country fires, the Tubbs Fire was the 4th deadliest. It only burned 37,000 acres but high winds drove embers into the dwellings of the heavily populated outskirts of Santa Rosa. 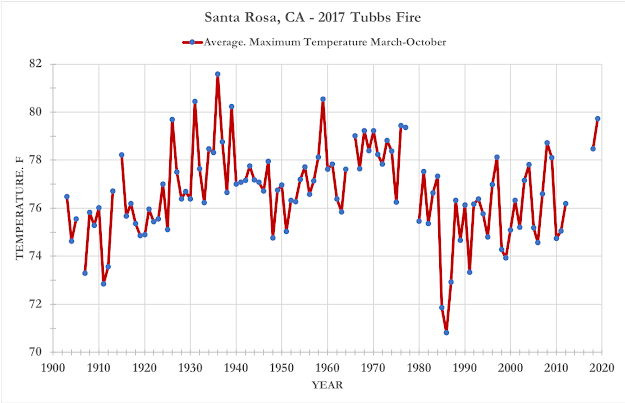 Governor Newsom ignores the data to disgustingly hijack the tragedy of California’s fires and push his climate change agenda. But he is not alone. There are climate scientists pushing catastrophes by ignoring the local maximum temperature trends. Bad analyses promote bad policies and obscure what needs to be done regards fuel management and creating defensible spaces in fire prone California. Newsom must focus on fuel management and fire suppression. As fire ecologist Thomas Swetnam echoed the experts’ growing consensus against fire suppression wrote, “The paradox of fire management in conifer forests is that, if in the short term we are effective at reducing fire occurrence below a certain level, then sooner or later catastrophically destructive wildfires will occur. Even the most efficient and technologically advanced firefighting efforts can only forestall this inevitable result.”

Further information about California’s wildfires are

Wildfires: Separating Demagoguery from the Science

Posted by Jim Steele at 9:37 AM No comments: