Children and the Insect Apocalypse

The American Psychological Association reports young people are suffering from  “a chronic fear of environmental doom”. A recent national survey reported “eco-anxiety” is causing 43 percent of our youth to feel hopeless. Psychologists warn such hopelessness leads to suicide, drug addiction and anti-social behavior. Why such eco-anxiety?  Their hopelessness is driven solely by media narratives. Young people lack the scientific knowledge, lack years of observation, and have yet to acquire the critical thinking skills needed to detect any ecosystem collapse. Its headlines like the Guardian’s, “Plummeting insect numbers 'threaten collapse of nature”, that induce paranoia that “insects are hurtling down the path to extinction, and threatening a “catastrophic collapse of nature’s ecosystems”.

In contrast, most scientists studying insects readily admit science lacks the data to make such apocalyptic claims. Science has only identified about one million of an estimated 6 to 10 million insect species worldwide, and only a small percentage of those named species have enough data to evaluate their biology, behavior, or changes in abundance. Nonetheless “the last 3 years have seen a global outbreak of media headlines predicting a global insect apocalypse” and scientists are concerned that such “confusing and inaccurate science” will negatively affect support for insect conservation”. Many have published critiques exposing “the insect apocalypse myth.”

Worse, apocalyptic myths are damaging our children’s mental health. Competing for readership with supermarket tabloids, the New York Times announced, “The Insect Apocalypse Is Here”. The Guardian fearmongered, “Insect apocalypse’ poses risk to all life on Earth”. And despite her lack of the requisite scientific knowledge, the United Nations invited 16-year old Greta Thunberg to lecture the world that “entire ecosystems are collapsing. We are in the beginning of a mass extinction”. 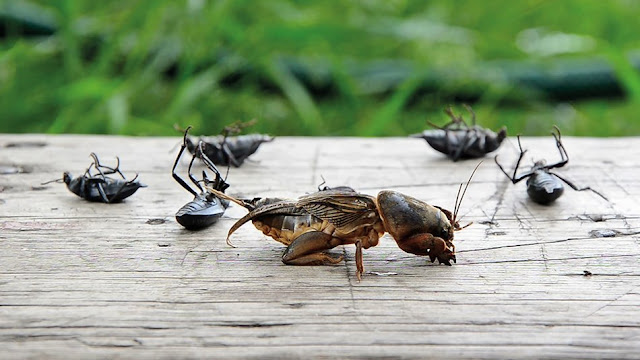 How do we protect our children from succumbing to bogus  “chicken little science”? We must teach them to be good critical thinkers. My parents always warned, “believe half of what you see and none of what you hear.” The world’s oldest scientific motto advises, “Take no one’s word.” To maintain objectivity, us scientists were advised to entertain “multiple working hypotheses”. Likewise, adults must teach children to question all fearful claims. But due to the politicization of science, many adults refuse to read anything outside their beliefs. Many indiscriminately share catastrophic headlines without any critical analysis. For the sake of our kids’ mental health, many “psychologists warn parents and guardians against being climate change alarmists."

The apocalyptic NY Times headlines were prompted by a severely flawed German study claiming 75% of flying insects declined in 27 years. That study surveyed insects at 69 different locations, but 37 locations were surveyed only once, and 20 locations were surveyed just twice. Such snapshots of abundance at one location in just one or two years can never determine a meaningful  trend. Never! That’s bad science. Yet the media eagerly elevated a flawed study from just one small region of Germany to suggest a global insect Armageddon.

The media simultaneously highlighted another single study by Dr Lister in a Puerto Rican forest to implicate a “global climate crisis”. Researchers claimed higher local temperatures devastated insect abundance and collapsed frog and bird populations that feed on insects. However the media ignored longer term research in the same forest that refuted the temperature claim. It reported that after a destructive hurricane new and more edible vegetation began regenerating and enabled an abnormally higher abundance of opportunistic forest insects, frogs and birds. Unfortunately, Lister’s first survey happened in the 1970s when insect populations had spiked. His second survey happened in 2015 after the forest had matured and insect abundance dropped to normal pre-hurricane numbers. Lister had misinterpreted half of a natural population fluctuation as a catastrophic decline driven by climate change.

Giving less attention to optimistic studies is not unusual. Where were media headlines that moths more than doubled in Great Britain over the past 50 years? Why no media fanfare for the 2020 peer-reviewed study that found no change in US insect abundance since 1980?  That study evaluated a network of Long-Term Ecological Research sites established by the National Science Foundation. They found at some sites insect abundance and diversity increased or was unchanged, while at other locations there was a slight decrease. The result? No net change.

Although transforming natural habitat into agricultural land greatly benefitted people, it did reduce insect populations. However due to better conservation efforts and efficient farming practices, agricultural lands that once covered 63% of America in 1949 were reduced to 51% by 2007. (Unfortunately, due to biofuel subsidies, agricultural land increased in the Corn Belt.) Additionally, genetically modified plants continue to reduce the indiscriminate spraying of insecticides once practiced in the days of aerial crop dusting.

To trust the science, we must examine all the science. We can then honestly tell our children why there’s great hope for our future. 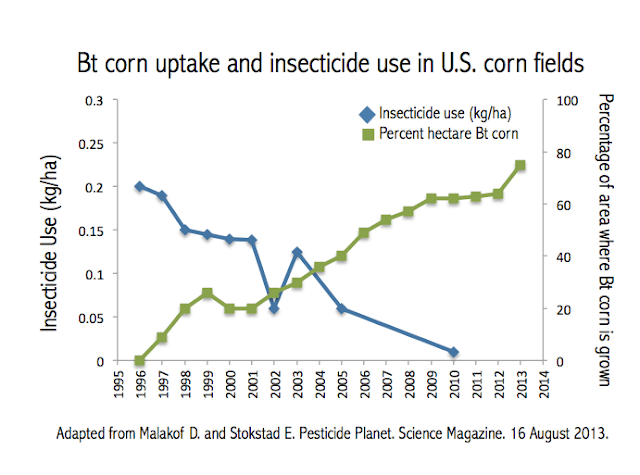 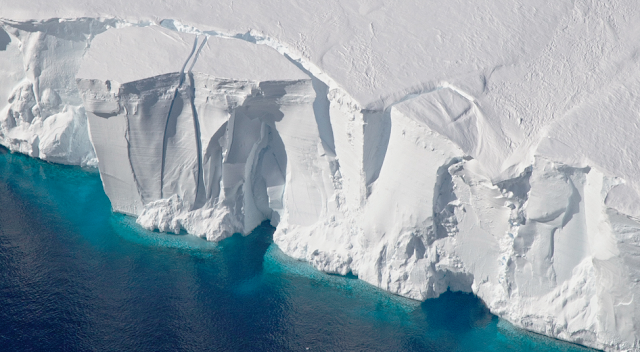 California and other American coastal towns are engaged in divisive arguments regards rising sea levels. Although observed sea levels rose less than 8 inches (0.08 inches per year) since 1900, some modelers forecast much bleaker futures. They predict a 2.4-foot rise for every 1°F rise above preindustrial temperatures, then accelerating to nearly 4.5 feet for every 1°F additional increase. Why a dramatic acceleration in sea level? It’s based primarily on dire models, typically presented to coastal planning commissions as ‘best science’, suggesting increasing ice instability and Antarctica ice sheet collapse. “Antarctica has the potential to contribute more than 3.3 feet of sea-level rise by 2100 and more than 49 feet by 2500.”

Those models have prompted some citizens to argue we must abandon the coasts via managed retreat. Others argue we should build better sea walls. But how high? Others rightfully ask, “how trustworthy are those models?” Model predictions of a collapsing Antarctica ice sheet are not based on observations.  Models of Antarctica’s catastrophic ice collapse are attempts to explain ancient sea levels such as the 30-foot higher levels 120,000 years ago.

There are good reasons to question catastrophic models. For one, away from the coast Antarctica’s surface temperatures average −70 °F. Antarctica’s extremely cold surfaces require global warming to increase many, many times more before surface glaciers could ever melt. For another, although greenhouse theory predicts increasing CO2  concentrations will raise temperatures, greenhouse theory also predicts added CO2  has a cooling effect on Antarctica (Wijngaarden & Happer 2020, Schmithüsen 2015).

Up to a point, increasing greenhouse gases  act like a blanket that warms your body by slowing your loss of body heat. Although CO2  absorbs then rapidly releases heat in less than one-thousandth of a second, at colder altitudes it releases that heat more slowly. Because warner bodies release more heat than colder ones, the higher and colder atmosphere absorbs the heat released from warmer surfaces faster than it can release heat to space generating the greenhouse effect. In contrast Antarctica’s surface is much colder and the air miles above is warmer.  Warmer greenhouse gases in the air above release heat back to space faster than can be absorbed from the colder surface. Thus, the atmosphere over Antarctica cools faster than if there were no greenhouse gases.

Still, researchers do observe regions of retreating ice. The Antarctic Peninsula was once designated one of the earth’s most rapidly warming regions in the 1980s and 90s, but researchers debated whether melting was caused by global warming or shifting winds. Indeed, warmer winds had been frequently blowing from the north. But the British Antarctic Survey now reports the peninsula has rapidly cooled since the 1990s due to frequent southerly winds from the mainland that can be 50°F to 70°F  colder.  Researchers attribute shifting winds to “extreme natural internal variability”. Similarly periods of accelerating ice melt in Greenland is attributed to natural changes in the winds

Strong winds also cause turbulence that sporadically pulls warmer air from above down to the cold surface resulting in occasional “warming” spikes. Furthermore, strong winds moving over mountains can heat the air simply due to increasing pressure as the winds descend (known as foehn storms).  Without adding heat, the increasing air pressure alone can raise regional temperatures in excess of 72°F eventually causing dry, ice-free regions or causing melt ponds that promote ice shelf collapse.

Finally, because air temperatures rarely reach the melting point (other than during foehn storms), there is no significant melt of Antarctica’s surface ice. However, some glaciers that extend past the coast terminate below sea level and are indeed losing ice. Antarctic oceans consist of a relatively fresh cold layer of surface water that overlays a thick layer of relatively warm salty water known as the Circumpolar Deep Water (CDW).

Antarctic winds can push cold surface water towards the coast and then deeper.  That also pushes the warmer CDW downward and minimizes glacier melting. At other times the winds can  shift and cause surface water to move away from the coast and simultaneously draw up warmer CDW toward the surface. The warm CDW then accelerates the melting of submerged glaciers. Natural oscillations such as El Nino or the Antarctic Oscillation (aka SAM) can shift the winds and induce decades of rapidly retreating glaciers alternating with decades of stable or growing glaciers.

Antarctica’s research community is split 50-50 on whether observed changes are mostly natural or driven by human additions of CO2. But to date there’s no evidence of an ice sheet collapse that would accelerate sea level rise, and many researchers are walking back the extreme claims of Antarctica’s sea level contributions. Coastal planning commissions would be wise to plan on the same average sea level rise witnessed for the past 100 years but be mindful of Antarctica’s shifting winds and shifting scientific claims. 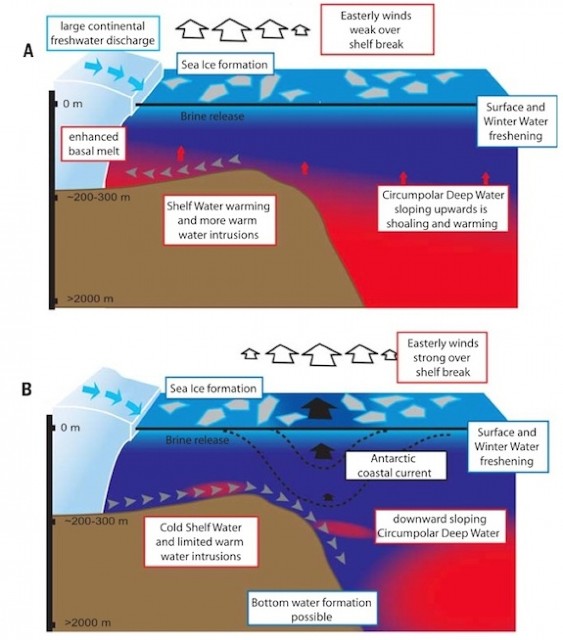 Posted by Jim Steele at 9:41 AM No comments: