Published in the Pacifica Tribune July 28, 2020

Many humans are working hard to prevent any further extinctions of our plants and animals and with growing success. Pelicans are increasing and no longer endangered. Humpback whales are increasing at a rate of 12% per year. Mountain lions and bald eagles are increasingly abundant. In 1982 the California Condor had dwindled to just 25 individuals. A captive breeding program began and today there are about 325 individuals and condors are expanding back into their historical range. This summer, condors were seen in Sequoia National Park for the first time in 50 years.

Over-harvesting, loss of habitat and introduced species are the main causes of endangered species. The green sea turtle, prized for its meat and eggs, was seriously over-harvested and endangered. Their numbers continued to fall as beach resorts disturbed their traditional nesting sites. Many others were killed as by-catch in fishing nets. But several new studies report seeing an uptick in green turtles around the world. One of the world’s largest nesting rookeries, Raine Island off northeastern Australia, just experienced the most abundant nesting season as ~64,000 breeding turtles have arrived. What is the reason for these higher numbers?

There is a degree of certainty conservation efforts have been effective. Many countries have banned harvesting eggs or turtles for meat, although poaching remains a threat. Fishermen have developed Turtle Exclusion Devices that prevent turtles from being captured in their nets.  Still, it is extremely difficult to reliably measure the success of sea turtle conservation.

Green turtles feed primarily on low-calorie sea grass. The good news is sea grass thrives under higher concentrations of CO2. However, that diet limits turtle growth and it takes 10 to 25 years before turtles reach sexual maturity. So, even if today’s conservation efforts are successful, we won’t see today’s benefits for at least another 10 years when hatchlings return to their birth sites as breeding females.

Despite increasing populations, some researchers have been needlessly gripped by a global warming fear. Like several reptiles, a turtle’s gender is determined by the temperature of the incubating egg. Eggs at the top of a nest are warmed the most and become females. Just a 4° F cooler temperature will create males. Furthermore, sex ratio of turtles from nests along the northern Great Barrier Reef have averaged 88% to 99% females, while populations from the cooler southern Great Barrier Reef average about 66% female. So the fear is, if the earth warms only females will be born and the population goes extinct. But gender determination by temperature is not a fragile system.

Turtles evolved during the age of dinosaurs over 250 million years ago when global temperatures were much warmer. Palm trees grew along the coast of Antarctica and crocodiles roamed the Greenland coast 55 million years ago. Since then temperatures cooled and ice ages ensued, yet turtles did not become all males. Nonetheless, cooler temperatures are an immediate threat. Along the USA’s east coast, many turtles travel northward as waters warm with summer heat. But if they do not return south in time, autumn’s cooler temperatures paralyze them, stranding hundreds on east coast beaches. (Again, humans help out by flying rescued turtles back to warmer waters).

During the Holocene Optimum 6000 to 9000 years ago, temperatures were bout 1.8° F warmer than today without causing extinctions. In 1957, the Whittaker brothers petitioned Australia’s Queensland government to commercially harvest female turtles on Raine Island. They cited surveys that found over 99% of the turtles were female. That high percentage of females has remained despite 60 years of climate change and Raine island remains one of the world’s most abundant nesting sites.

There are good scientific reasons why 99% females are beneficial. Only female turtles go on shore to nest. Males remain offshore mating with every available female. One male fertilizes several females. On shore females suffer more mortality. They come ashore in the evening to avoid the deadly effects of the sun. If they do not return to the sea by early morning, they often die of heat exhaustion. Some females get disoriented or fall into pits, becoming stranded in the midday sun. Some flip over on uneven ground and cannot right themselves. On crowded beaches, some females become so exhausted from jostling with other females they return to the ocean without laying their eggs.

Females may lay 2 to 5 clutches, each with 100 eggs, during the breeding season. This greatly depletes their energy. So, females only breed every 3 to 5 years, allowing time to replenish their body condition. Finally, it is estimated only 1 of every 1000 successfully hatched turtle ever survives to maturity. So the high percentage of females is certainly not a sign of impending global warming doom. It is an ancient breeding system that maximizes egg production and ensures the species’ survival.

Published July 14, 2020 in the Pacifica Tribune

(I also wrote a white paper for the CO2  Coalition, providing more details and references to peer reviewed science regards how marine life counteracts ocean acidification. That paper can be downloaded here ) 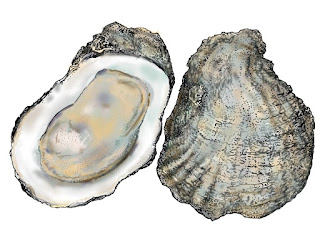 Search the internet for “acid oceans” and you’ll find millions of articles suggesting the oceans are becoming more corrosive due the burning of fossil fuels, and “acid oceans” are threatening marine life. Although climate modelers constantly claim the oceans’ surface pH has dropped since the 1800s, that change was never measured, as the concept of pH was not created until the early 1900s by beer-makers.

In 2003 Stanford’s Dr. Ken Caldeira coined the term “ocean acidification” to generate public concern about increasing CO2  . As New Yorker journalist Elizabeth Kolbert reported, “Caldeira told me that he had chosen the term ‘ocean acidification’ quite deliberately for its shock value. Seawater is naturally alkaline, with a pH ranging from 7.8 to 8.5—a pH of 7 is neutral—which means that, for now, at least, the oceans are still a long way from actually turning acidic.” Nonetheless Caldeira’s term “ocean acidification” evoked such undue fears and misunderstandings, we are constantly bombarded with catastrophic media hype and misdiagnosed causes of natural change.

For example, for nearly a decade the media has hyped the 2006-2008 die-off of larval oysters in hatcheries along Washington and Oregon. They called it a crisis caused by rising atmospheric CO2  and the only solution was to stop burning fossil fuels. But it was an understanding of natural pH changes that provided the correct solutions. Subsurface waters at a few hundred meters depth naturally contain greater concentrations CO2  and nutrients and a lower pH than surface waters. Changes in the winds and currents periodically bring those waters to the surface in a process called upwelling. Upwelling promotes a burst of life but also lowers the surface water pH.  Not fully aware of all the CO2  dynamics, the hatcheries had made 3 mistakes.

First, they failed to recognize not all oyster species are well adapted to the low pH of upwelled water. The larvae of native Olympia oysters naturally survive intense upwelling events along the Washington coast because that species “broods” its larvae. The larvae initiate their shells protected inside their parents’ shells where pH is more controlled. However, the Olympia oysters were over-harvested into near extinction in the 1800’s.

So, fishermen imported the Japanese oyster, which is now the mainstay of the Washington and Oregon fisheries. Japanese oysters did not evolve within an intense upwelling environment similar to Washington’s coast. Each Japanese oyster simply releases over 50 million eggs into the water expecting their larvae to survive any mild changes in pH during initial shell formation. Hatcheries didn’t realize the Japanese oyster’s larvae had a 6-hour window during which the larvae’s initial shell development and survival was vulnerable to low pH.

Second, because cooler waters inhibit premature spawning, hatcheries pumped cool water from the estuary in the early morning. As measured in coral reefs, photosynthesis raises pH during the day, but nighttime respiration drops pH significantly. By pumping early morning water into their tanks, they imported estuary water at its lowest daily pH. Finally, they failed to recognize natural upwelling events transport deeper waters with naturally low pH into the estuary, further lowering the pH of water pumped into their tanks.

Now, hatcheries simply pump water from the estuary later in the day after photosynthesis has raised pH. Scientists also developed a metering device that detects intrusions of low pH waters, so hatcheries avoid pumping water during upwelling events. As for most shellfish, once the shell is initiated, a protective layer prevents any shell corrosion from low pH conditions. Problem easily solved and crisis averted!

The simplistic idea that burning fossil fuels is causing the surface ocean to become more acidic is based on the fact that when CO2  interacts with water a series of chemical changes results in the production of more hydrogen ions which lowers pH. Unfortunately, all catastrophic analyses stop there. But living organisms then reverse those reactions. Whether CO2  enters the surface waters via the atmosphere or from upwelling, it is quickly utilized by photosynthesizing plankton which counteracts any “acidification”. A percentage of the organic matter created in the sunlit waters sinks or is actively transported to depths, further counteracting any surface “acidification’. Some organic matter sinks so rapidly, CO2  is trapped at depths for hundreds and thousands of years. The dynamics that carry carbon to ocean depths largely explains why the oceans hold 50 times more CO2  than the atmosphere.

To maintain marine food webs, it is essential that upwelling bring sunken nutrients back into the sunlight to enable photosynthesis. Upwelling also brings stored CO2  and low pH water to the surface. Wherever upwelling recycles nutrients and lowers surface pH, the greatest abundance and diversity of marine life is generated.