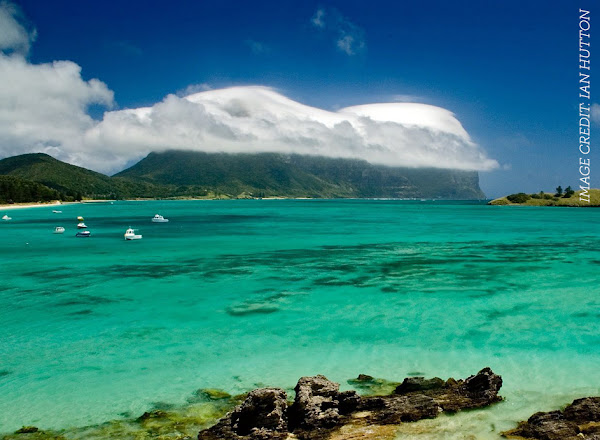 The Gnarled Mossy Cloud Forest is located on the 5.6 square mile Lord Howe Island situated between Australia and New Zealand. For perspective, 54 islands could fit within the limits of New York City. Still, Lord Howe Island is an evolutionary marvel. Forty-four percent (105) of the island’s plant species, and 37% of all its invertebrate species are found nowhere else in the world. Additionally, the island supports the most poleward of all coral reefs. So, in 1982 Lord Howe Island was designated a World Heritage Area. 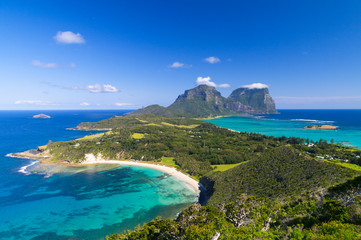 The “critically endangered” cloud forest is restricted to just 0.1 square miles atop the island’s extinct volcanic mountain. Researchers worried the cloud forest’s unique collection of species would have nowhere to go if global warming disrupted its environment.  Accordingly, the IUCN designates ecosystems with such limited distributions as critically endangered. Although confined to a small micro-climate, its species are very resilient to changing climates. Hundreds of thousands of years were required for the island’s unique species to evolve from their ancestors (after arriving from Australia, New Zealand and New Caledonia). During that time, they survived alternating ice ages and warm inter-glacials.

Unchanging geography permits the existence of cloud forests. Most are found in the tropics where they experience 78-102 inches of annual rainfall. (For perspective, “rainy” Seattle averages just 38 inches of rain.) The photo below also illustrates why cloud forests are typically confined to zones within 220 miles of the coast, and above elevations of 1600 feet. Sea breezes are laden with water vapor. As they rise and cool, vapor condenses to form clouds. Rising air saturated with water vapor can cool enough to create clouds by rising over 20-story buildings. The Gnarled Mossy Cloud Forest exists around 2800 feet. 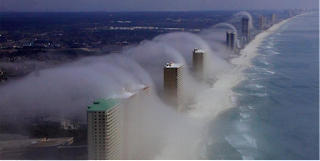 As human populations increased, land cultivation threatened cloud forests across the globe. However, due to low human populations and steep slopes the Gnarled Mossy Cloud Forest was spared excessive losses. However, as with Hawaii and all of earth’s unique island species, introduced species are the greatest extinction threat. Introduced cats, pigs and goats were damaging Lord Howe Island since the mid 1800s. Having recognized this threat, humans began programs to preserve the island’s species. Pigs and goats were eradicated by the 1980s, but the island’s plague of introduced rats remain problematic. To date, an introduced owl and poison bait projects struggle to limit rat populations.

In addition to rats, scientists suggested the cloud forest was threatened by a “loss of moisture from declining rainfall and cloud cover due to climate change.” However, scientists admitted their estimates were “based on limited information” and the real level of threat to the cloud forest could range from “Least Concern” to “Collapsed.” “Least Concern” may prove to be the correct designation as long-term global precipitation data show a slight increasing trend in the region.

Nonetheless, to support their catastrophic claims their study ill-advisedly alluded to a debunked 1999 study that claimed CO2-caused warming was drying the Costa Rican cloud forests by raising cloud elevations, and allegedly drove the Golden Toad to extinction. That climate attribution was absolutely wrong. The cloud forest amphibians were killed by an introduced chytrid fungus, spread by pet trade collectors, researchers and animals like introduced bullfrogs. Remarkably, the proposed worrisome warming and drying actually benefitted amphibians by killing the fungus. Similarly, Lord Howe’s cloud forest vegetation is potentially threatened by introduced fungi (Phytophthora), spread by tourists. So, steps are being taken to encourage “social distancing” near vulnerable native plants.

As with Costa Rica, Lord Howe Island endures periodic dryness associated with El Nino cycles. The island’s lowest recorded rainfall happened during the 1997 El Nino. Unfortunately, to blame climate change for a short-term drying trend, researchers ignored the fact that the second lowest rainfall happened in cool 1888 and differed from the “record low” 1997 rainfall by a scant 0.3 inches. Furthermore, research has determined cloud cover shifts across the Pacific due to El Nino cycles and the Pacific Decadal Oscillation, and regional tree rings reveal 55-year dry cycles amplified by El Nino.

Ecologists know surviving cloud forest species had to adapt to natural cycles of periodic dryness they endured over millennia, and indeed they did. One example is the Kentia Palm. Native only to Lord Howe Island, it’s a globally popular indoor house plant, in part, because it withstands long periods of neglect and irregular watering. So, take heart. The Gnarled Mossy Cloud Forest will not collapse with a changing climate. And although introduced species certainly are a threat, it is something people are rectifying. 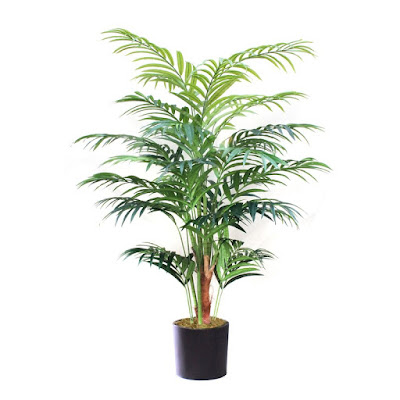