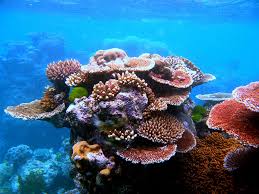 Media headlines have been promoting unrealistic fears of ecosystem collapse due to climate change. Such fears get supported when the International Union for the Conservation of Nature (IUCN) designates some ecosystems as endangered, such as Caribbean Coral Reefs. But reefs are resilient and the human factors threatening individual reefs can be remedied.

The Caribbean reef ecosystem consists of thousands of individual reefs spanning from the east coast of Mexico and Central America to Florida and the Bahamas and south to the coast of Venezuela. Fifteen thousand years ago these reefs did not exist because sea level had fallen by 400 feet during the ice age. Modern reefs became established 8,000 years ago by colonizing newly flooded coastlines.

Based on one IUCN criterion the Caribbean reef ecosystem was designated “Least Concern” due to the widespread occurrence of individual reefs. In contrast, the loss of 59% of total coral cover between 1971 and 2006 prompted the IUCN to designate the reef system as “Endangered”.

Coral cover naturally fluctuates with seaweeds (macro-algae). Coral are killed by hurricanes, disease or bleaching,  which allows seaweeds too colonize the vacated space. The seaweed is gradually reduced by algae-eating animals which allows coral to return to their former dominance. Coral usually recover within 15 to 20 years, but recently their recovery has been extremely limited thus reducing coral cover. Unlike the demonized sea urchins that threaten Alaska’s kelp forest, algae-eating urchins are vitally important in maintaining the balance between seaweeds and Caribbean coral. The recent lack of coral recovery is largely attributed to a new disease that devastated urchin populations in the 1980s and minimized the urchins’ consumption of seaweeds.

Caribbean corals had been decimated in the 1980s by the novel White Band disease. However, that disease only affected two coral species from the genus Acropora - staghorn and elkhorn coral. Those species are now considered endangered. Acropora’s evolutionary strategy was to quickly colonize vacated shores produced by natural disturbances like hurricanes. These coral species thus dedicated their energy to rapid growth to out compete the seaweeds. That adaptation allowed staghorn and elkhorn coral to rapidly colonize flooded coasts as sea level recovered from the last Ice Age and dominate modern Caribbean reefs. But that strategy required diverting energy from building stronger reefs or resisting disease.

Because Acropora require shallow habitat they’re vulnerable to storm damage. So, they evolved a reproductive strategy that produced new colonies by cloning new coral from storm damaged fragments. However, cloning reduces genetic diversity which also made them more vulnerable to new diseases.

Mortality from bleaching also reduced coral cover. Bleaching from unusually warm temperatures during summer 2005 and the 1998 El Nino is often highlighted. Surprisingly, fatal cold weather bleaching is rarely mentioned. Yet in January 2010 along the Florida Keys, cold weather killed 11.5 percent of the coral, which was 20 times worse than the 2005 warm weather mortality. Understanding why both warm and cold weather causes bleaching provides insight into how coral have successfully adapted to ever changing climates over the past 220 million years.

Shallow water corals depend on photosynthesizing symbiotic algae (aka symbionts) that provide over 90% of the coral’s energy. However, those corals will remove one symbiont species and acquire a new symbiont that is better adapted to the changing weather conditions. During the winter, colder temperatures and less light reduce photosynthesis. So, coral increase their density of symbiotic algae to counteract reduced productivity. But if it is too cold, the symbionts keep their energy supply for themselves. As a result, coral remove the “freeloaders” causing bleaching. A more productive cold?tolerant symbiont must then be acquired, or the coral die.

In contrast during the summer, more light and higher temperatures produce so much energy, coral reduce their number of symbionts. Because photosynthesis also produces potentially harmful chemical by-products, coral remove symbionts to reduce the production of harmful chemicals. That too causes coral to bleach, and unless a better adapted symbiont is  acquired, the coral will die. Despite that mortality risk, research now shows by switching their symbionts, coral can quickly adapt to warmer or cooler climates and enhance the species survival.

We can, and are controlling soil runoff and treating sewage. Fishing regulations are restoring the ecosystem that had balanced seaweeds and coral. And with those protections, naturally resilient coral will steadily recover.