Betrayers of the Truth 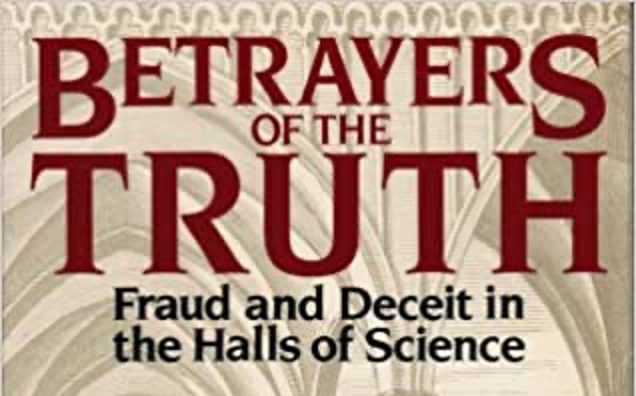 On May 5, 2021, the Bulletin of the Atomic Scientists published Nicholas Wade’s article “The Origin of COVID: Did people or nature open Pandora’s box at Wuhan?”  After detailing all evidence the article suggested COVID-19 was created at the Wuhan Institute of Virology. Likewise the former CDC director and politicians had previously warned of the human-engineered virus. Furthermore a Chinese virologist from Wuhan, Dr. Li-Meng Yan, bravely disagreed with her government’s denial, publishing that COVID-19 was purposively engineered. Despite the “lab leak” theory’s increasing probability, it had first been quickly dismissed by virologists and the media. Why? 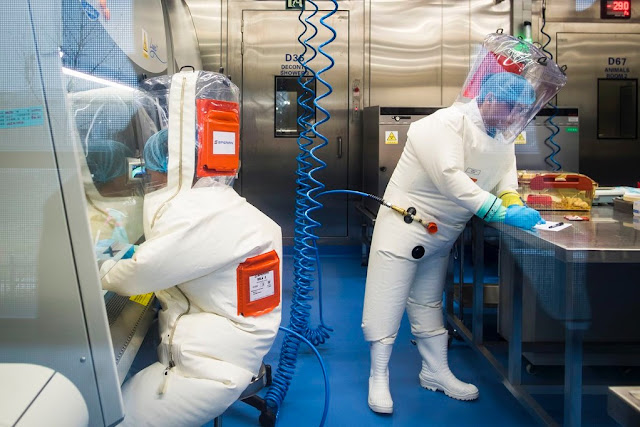 In 1982 Nicholas Wade had also co-authored the book Betrayers of the Truth: Fraud and Deceit in the Halls of Science. Virtually everything he warned about, can be seen regards the COVID deceit. Wade is not an anti-science conspiracy theorist. Wade wrote for the preeminent scientific journals Nature and Science and was the New York Times’ editorial science writer from 1982 to 2012. Wade simply warned modern science is not free of fraud and its self-policing safeguards can be easily corrupted.

Unlike Darwin or Galileo, modern careerist scientists are pressured to produce certain results to ensure their income and status. Although many resist such pressures, history is littered with those that couldn’t. Regards COVID-19, Dr. Peter Daszak, president of EcoHealth Alliance, depends on government grants and donations. EcoHealth Alliance’s slogan is A World Without Pandemics. They controversially believe by making natural animal viruses more infectious to humans in the lab, science can learn how to prevent future pandemics. Thus if they dared admit their engineered virus had escaped the lab causing 3 million deaths and destroying businesses, their funding would collapse.

Similarly other virologists feared attributing the pandemic to an escaped engineered virus would also restrict their research and funding. So Daszak and others immediately labeled the “lab escape theory” a conspiracy theory. Likewise Dr Fauci, a longtime proponent of such “gain of function” research, labeled his critics “anti-science”. This same tactic is used by climate scientists to defend their funding. They label skeptics “deniers” and “peddlers of misinformation”. In contrast, they portray themselves as delivers of gospel truths. It is precisely such elitism Wade had warned about. Although elites may have gained their status for good reason, to maintain their status, they are not immune from fabricating data.

Wade documented how the uncritical acceptance of elite opinions has led to bad science.  For example the story of Hideyo Noguchi, once hailed as the greatest microbiologist since Louis Pasteur. When he died in 1928, Noguchi had published 200 papers claiming he had identified the causes of yellow fever, polio, rabies and others. Although his work proved wrong 50 years later, he had never been challenged, simply because he worked for the most prestigious research institute of his time.

In the 1970s, John Long was exalted for developing tissue cultures to study Hodgkin’s disease,  a feat no other could accomplish. Although it was later shown Long’s cultures were from Owl monkeys and not humans and his data all fabricated, his publications had sailed through peer review because he worked for the prestigious Massachusetts General Hospital. It took Long’s more honest assistants to point out falsified data. Japanese anesthesiologist Yoshitaka Fuji fabricated data in a whopping 172 peer-reviewed papers starting in 1993. In 2015, the editor of the most prestigious medical journal the Lancet, suggested Half of Science Is Wrong. Similarly, in 2015 Stanford University epidemiologist John loannidis echoed much of what Wade wrote in 1982. In the paper Reproducibility in Science: Improving the Standard for Basic and Preclinical Research the authors wrote “there is compelling evidence that the majority of these discoveries will not stand the test of time. To a large extent, this reproducibility crisis in basic and preclinical research may be as a result of failure to adhere to good scientific practice and the desperation to publish or perish.”

The take home message is all scientific claims, and all elites, must be critically questioned. Whether Daszak and Fauci, or climate scientists Michael Mann and Kevin Trenberth, elite scientists are not totally trustworthy despite media narratives. Mann hired a public relations person to shape his public image. It’s the skeptics who ensure the scientific process is not short-circuited by power hungry elites who try to prevent further debate.

For example in climate science, emails exposed elites like Phil Jones, Thomas Wigley and Ben Santer who discussed how to “adjust” observed temperature trends to better support their CO2 theory. Warming in the 1930s and 40s similar to today, suggested a naturally oscillating climate. So in 2009 they wrote, “It would be good to remove at least part of the 1940s blip, but we are still left with why the blip". Accordingly, much temperature data has since been adjusted as exemplified in the Death Valley temperature trends from the US Historical Climate Network. They removed the observed “warm blip” (black line below) to  create a trend (red line) that better fit their theory.

Accordingly the motto of the oldest scientific institution is Nullius En Verba: Take no one’s word! 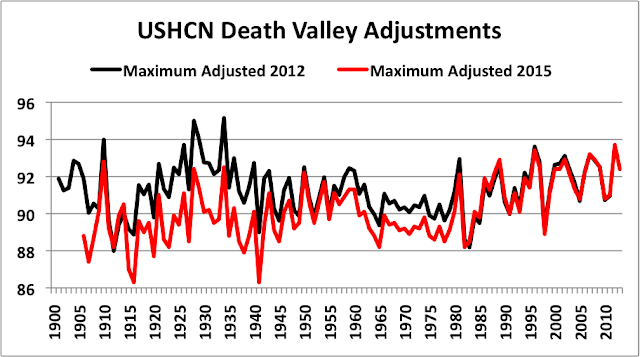 Posted by Jim Steele at 1:14 PM No comments: