National Geographic is at it again! Five years ago, National Geographic published a story and a video of a sickly emaciated polar bear that they fearmongered was the result of climate change. After heavy criticism they admitted they didn’t really know what had affected the bear and, in their attempt to raise “concern” about climate change had gone too when stating "this is what climate change looks like." But that’s how click-bait journalism profits. 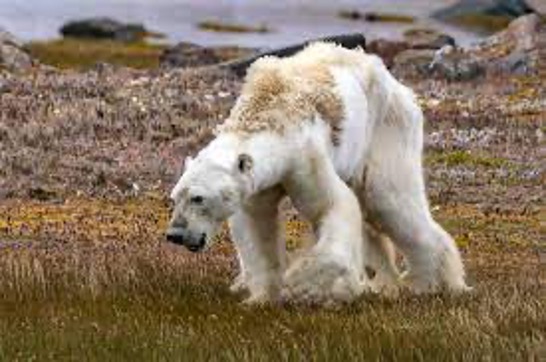 Now, they have assembled cherry-picked photos of dying forests that they also blame on climate change to craft a propaganda article “The FUTURE OF FORESTS” with the headlines “HEAT AND DROUGHT ARE KILLING OUR FORESTS…BUT WE CAN LIMIT THE DAMAGE… IF WE CHANGE COURSE NOW.”

Although the article admits “Trees are growing faster” due to rising CO2, and in passing also acknowledged “climate change still poses less of a threat to forests than logging and land clearing”, their intent was to sell fear that “the climate threat is growing fast.” To make the reader believe their hyperbole, they paraded a myriad of unsupported claims that “climate change is killing trees.” That, “forest scientists are increasingly uneasy in the quickening pulse of extreme events—fire, more powerful storms, insect infestations, and, most notably, severe heat and drought.” Throughout the article, National Geographic sprinkles in truth but then hammers their readers with climate change misinformation.

National Geographic mindlessly blamed catastrophic wildfires on climate change-worsened drought, despite all the scientific evidence pointing to the build-up of forest fuels due to poor landscape management. In 2002-2004 some 350 million piñons, New Mexico’s state tree, died across the Southwest due to drought and fire. To National Geographic’s credit they reported on the wildfire in the Jemez Mountains of New Mexico that “From 1650 on, this ponderosa pine forest survived 15 fires—but in the 20th century most fires were suppressed. Fuel built up in the forest and a long, hot drought settled in. A monster blaze in 2011 ravaged 45 square miles in its first night.” “Unprecedented fires eviscerated hundreds of thousands of acres of ponderosa pines.”

But then the bait and switch to fearmonger climate change. They claimed, “the drought was hotter”. “The slight increase in temperature attributable to greenhouse gas emissions was already enough to set the death of New Mexico’s trees in motion.” But it was not a hotter drought. The Palmer Drought Severity Index (PDSI) combines changes in both rainfall and temperature to estimate drought severity. According to data from NOAA and published on the GlobalChange.gov website, the PDSI for current drought conditions in New Mexico are now milder than they had been during Little Ice Age droughts, between 1200 and 1800 AD. (Red represents instrumental data and blue represents reconstructed data from tree rings.) 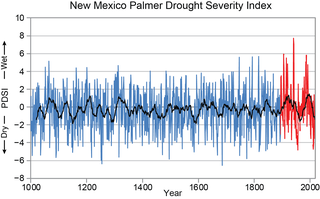 Likewise, PDSI data for neighboring Utah and Colorado data indicate the western United States is experiencing milder drought conditions than the last 1000 years, as well as similar change in the south-eastern USA. 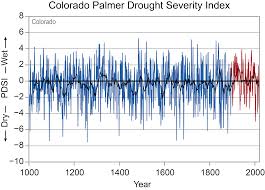 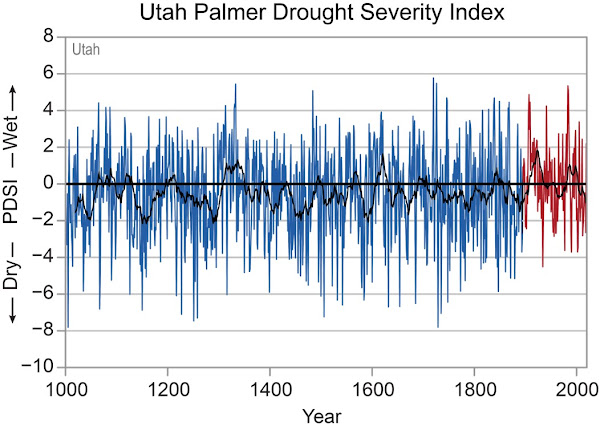 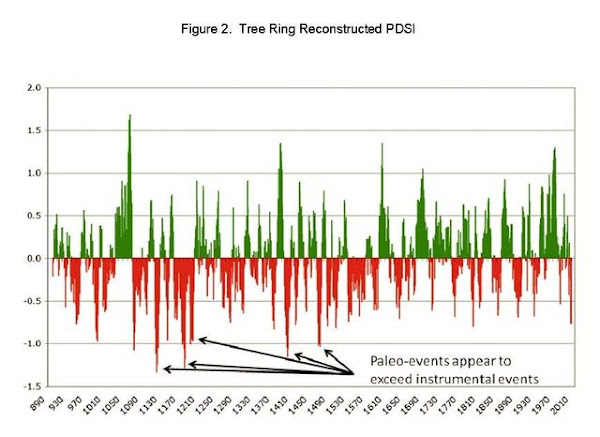 Nonetheless, eager to add more threatening effects from increased heat and droughts attributed to climate change, National Geographic focused on recent wildfires in Yellowstone claiming, “Yellowstone is part of a global trend”. They reported trees were not returning after fires in the region, quoting one researcher that in Colorado, Idaho, Montana, and Washington, the number of burned sites that didn’t recover jumped from 19 percent before 2000 to 32 percent in the years after. But again, the data does not point to climate change as the cause.

From estimates for the Northern Rockies and Plains (MT, ND, SD, WY, and NE) the Palmer Drought Severity Index (PDSI) for July from 1895–2020, finds the upper Missouri River Basin has been wetter in the recent 15 years while the worst droughts were in the 1930s. That PDSI also correlates with the EPA’s Heatwave Index, showing the worst heatwaves in the 1930s, far exceeding any excessive heat in recent decades. 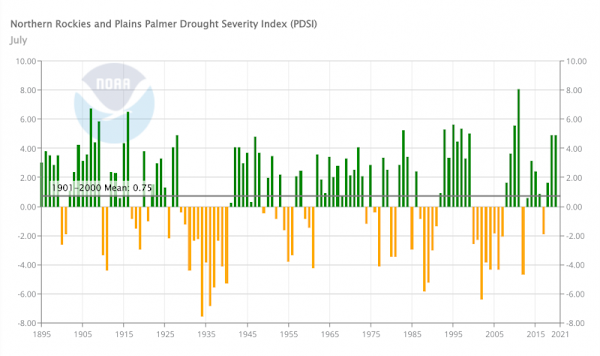 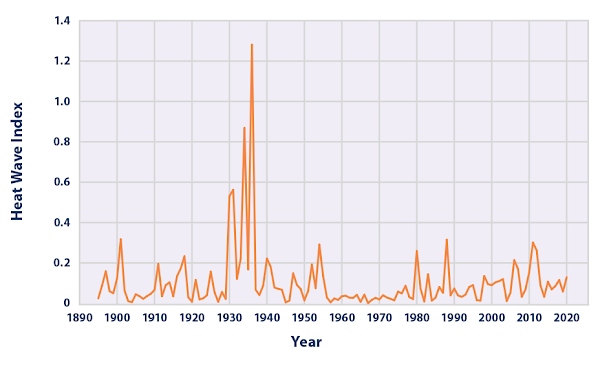 National Geographic’s misinformation was most repulsive when dramatizing the fires in California’s Sequoia and Kings Canyon National Park. “If any species could withstand climate shifts, you might think it’d be giant sequoias, many of which have stood since the reign of Julius Caesar. Instead, change has come frighteningly fast.” National Geographic then sprinkles in a little truth stating, “Sequoias need low-intensity ground fires to release seeds from their cones and clear soil, so seeds can take root. Their high branches make them unlikely hosts for canopy fires. But in 2020 our history of suppressing fire collided with a rapidly changing climate.” However, again, the PDSI shows California’s drought severity has been milder the last 100 years. Suppressing the frequent moderate fires that had maintained a sequoia-favorable environment for thousands of years was the problem. 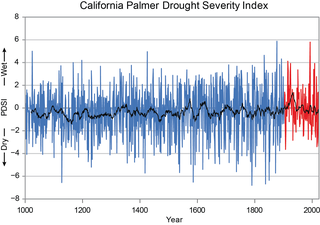 According to the National Park Service, the 2020 Castle fire “burned 12 giant sequoia groves in the park, with differing levels of fire severity depending on their fire history and location. Groves on warmer and drier south-facing slopes, and with no recent fire, sustained extensive mortality of large giant sequoias,” such as Homer's Nose grove, shown here. Notice the dense forest consisting of thinner trees that had encroached on the thicker sequoia giants due to fire suppression, providing ladder fuels to reach the sequoia’s canopies. National Geographic featured a similar photo to emphasize “Climate change and fire suppression are fueling bigger wildfires.” 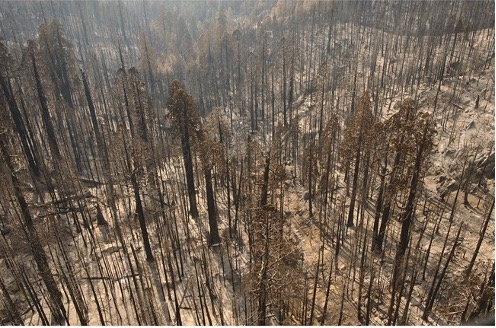 Unlike the National Park Service, National Geographic didn’t show photos of how better forest fuel management had protected the sequoias. The NPS reported, “Other groves, growing on cooler, more moist north-facing slopes or having recent history of fire had more mixed and moderate fire severity or limited fire spread. One example is this healthy Garfield Grove (below), where managers did a prescribed burn in 1985” to mimic the natural fire frequency of the past. (Photo: NPS / Anthony Caprio (taken on a November 2, 2020 aerial survey by helicopter) 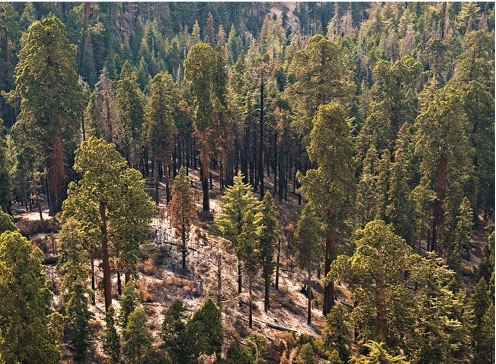 National Geographic similarly blamed several other forest declines around the globe on climate change despite knowingly never understanding their real causes. National Geographic reported scientists confessing, “The problem is, we can’t yet quantify the planetwide scope of climate impacts. Satellite data show that Earth’s tree-covered area actually expanded from 1982 to 2016 by 7 percent, an area larger than Mexico. But that doesn’t mean forests are doing fine: The data don’t distinguish between natural forests and industrial tree farms.” “No computer model can yet project how climate will change forests globally—or how their carbon stores will feed back on climate. Earth system models historically haven’t done a good job of capturing this.”

Clearly National Geographic’s authors never really understood forestry or climate history. They were once again just pushing a click-bait piece blaming climate change, “Now fossil fuel emissions spewing from coal plants and tailpipes are rearranging forests in other consequential ways,” concluding with, “Do we want even more of this?” “Stabilizing emissions closer to two degrees or less could limit forest losses in Yellowstone to 15 percent.” “Yellowstone’s forests, like many in the world, will never be the same. But they might be close”